Getting Work Done – The Cone of Silence

As I sit, working on a few blog posts, I can’t help but think how much I appreciate working while surrounded by the glorious “Cone of Silence.”  What is that?  Well, the short version is that it’s an excellent way to get work done.  Rather than rehash, I’m going to re-post a newsletter written by Armen Stein.  If you read this and it resonates, then my bet is that you and where you work would benefit a great deal.  I sure know that it resonates with me… Now, back to work I go… And, feel free to leave a comment and let us know what you think…

The Cone of Silence

Years ago, when I was working for Weyerhaeuser, I had one of those “box of snakes” problems. The box of snakes is a reference to a scene from Pee-wee’s Big Adventure, in which he needs to rescue all the animals from a burning pet store. As he is saving the puppies, kittens and other cute animals, he keeps passing a glass terrarium full of snakes. Each time he shudders and goes back to look for other animals. But eventually, there aren’t any other animals to save, and he knows it is down to just the snakes.

Well, back then my box of snakes was a particularly difficult data import procedure. I needed to figure out a way to bring employee data in from our hundreds of locations and merge them all correctly into our main database. Failure would be Very Bad, as it would cause problems in other related systems like payroll, medical claims, etc. It was, as my old computer science professor used to say, a “non-trivial” problem.

Weeks went by and I tried to work on the problem, I really did. But something always came up to distract me. Just when I would start to lay out the logic and begin programming, someone would have a question, or I would get an important email, or the phone would ring.

It so happens that at the same time, Weyerhaeuser was doing one of their process improvement initiatives, which meant that we were supposed to take time away from our actual work to learn new and better ways of working. They even paid for us to attend Franklin Planner training sessions. Remember Franklin Planners? I learned to use mine religiously, and it really helped organize my life for about 10 years. Eventually it was supplanted by PDAs and smart phones, but at the time it was indispensable to me.

During that initiative, our process improvement instructors recommended the book Peopleware by DeMarco and Lister. I read it. And I was fascinated by their explanation of “Flow”: a condition of deep, nearly meditative involvement. In this state, there is a gentle sense of euphoria, and one is largely unaware of the passage of time. They maintained that uninterrupted Flow time was hugely productive.

As a developer, designer, writer, or anyone that requires solitary creative activity, Flow is a must if you want to get anything done. But any little interruption will break it, and it might take fifteen or twenty minutes to get it back. During which time you’ll probably get another interruption. And so on. Until another day has gone by.

Okay, back to my box-of-snakes problem. After several unproductive weeks trying to work on it, I came down with a bad cold right before the weekend. You know, the kind of cold where you’re just miserable. I figured that since I couldn’t do anything fun anyway, I would just go into work on Saturday and work on the box of snakes.

It was so quiet at the office. Nobody was there. No phone calls, no interruptions. I sat down and started working. I wasn’t aware of the passage of time, but when I surfaced several hours later, I had completely solved the problem. It was a beautiful thing. I knew the code would be exactly what we needed.

My lesson from Peopleware and that productive Saturday was this: I must create a way to have an uninterrupted flow of work for my team members and myself. So I went to my Weyerhaeuser supervisor and asked if we could buy some of those little plastic cones, the ones you use to mark soccer fields. My proposed rule was that if you had a cone outside your office or cube, it meant Do Not Disturb. This meant for everyone – even the supervisors and managers. To my supervisor’s credit, he agreed. It took a little getting used to, but everyone got on board and we had very few “cone breaking incidents”. And we got a LOT done.

Years later, I brought this “cone of silence” idea to my own company, J Street Technology, when we grew enough to have employees who could interrupt each other. Everyone at J Street has a plastic cone. If it is outside their office or cube, they will not be disturbed by anyone for any reason. The only exception is for a safety issue, like a fire. My employees joke that since I own the company (and the cones), I can always use a Boss Override. But I never do.

The person who is coned will:

I have seen amazing and creative solutions to problems after a smart person has some quality cone time. It has certainly helped us get challenging projects done for our clients, and they appreciate the quality and efficiency we provide.

Do you think you could use this in your job? Would your boss respect the cone of silence? Would you? Try it out and see for yourself. 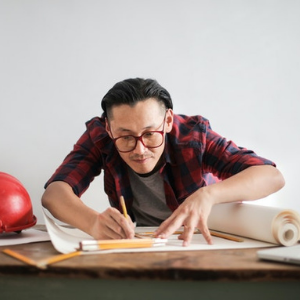 Some customers balk when we tell them that we’ll do some planning and design to start their project. They want us to just start coding. But we know that’s a bad idea… 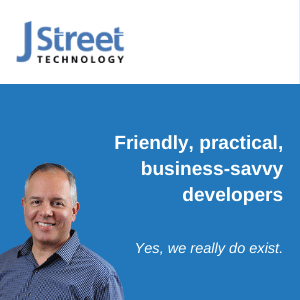 Every person has heard them – in fact, YOU may have told them – FISH STORIES! But one member of the CartGenie family can back 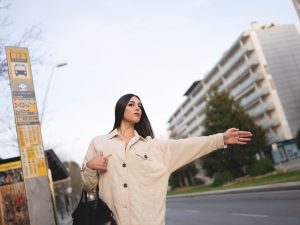 When our teenage daughter was playing Select Softball, we would sometimes travel to other cities for tournaments. Teams from all over the country would gather at a large sports complex and play softball over a whole weekend.